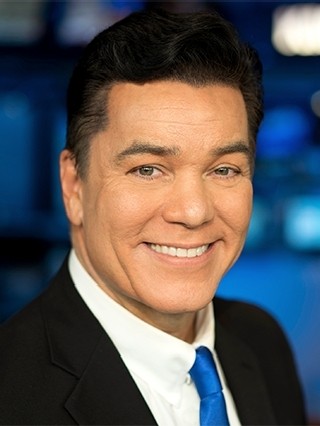 Monty Torres is back home. He was born and raised in Southern California where his parents and siblings still reside and he has extended family living throughout California, including the Valley.

He began his broadcasting career as a weekend anchor at KWHY-TV in Los Angeles, California, then became morning co-host for KCOP-TV's community affairs show, "In Studio," in Los Angeles for 3 seasons. He has also held positions as the L.A. bureau chief of the Philippine News and as anchor and reporter at KMIR-TV in Palm Springs, California.

Monty first came to KMPH in 1996 as a general assignment reporter. He left to join NBC affiliate WBBH in Fort Myers, Florida as a weekday anchor for the noon and early evening news.

In 2000, Monty was hired by NBC as the new morning show anchor for their station in Raleigh, North Carolina. In addition to his duties as a morning show anchor/reporter for WNCN, Monty was also promoted to Executive Producer/Host of the station's only, locally produced public affairs show, "At Issue." He was also asked to create, produce and host another public affairs show to address the concerns of North Carolina's fast-growing Hispanic population. "Viva Carolina" debuted to very positive reviews from state Hispanic leaders, the Hispanic community, and viewers-at-large.

Monty attended UCLA and Brigham Young University where he majored in Political Science and Psychology. He completed one year at Loyola Law School in Los Angeles before leaving to begin the professional certificate program in Broadcast Journalism at UCLA.

Monty enjoys a wide variety of sports. He is an avid boxing and martial arts fan and former competitor. His proudest achievement is being the father of six healthy, happy children along with wife, Loretta.