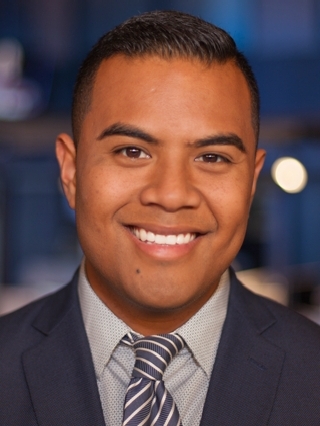 Michael Ikahihifo is a morning reporter for FOX26 Great Day. He joined the KMPH team in October 2018.

Michael is no stranger to California. He was born in Long Beach, California and later moved to Lancaster, California just before high school. Michael graduated from Brigham Young University in Utah with a B.A. in broadcast Journalism.

Michael comes to Fresno from El Paso, Texas where he began his broadcasting career as a multi-media journalist in September 2017. While living on the U.S. Mexico border, Michael spent a year covering education, military, immigration and court stories.

As a Polynesian, Michael is proud of his heritage. His parents immigrated to the U.S. at a young age from the country of Tonga.

When he’s not working, Michael can be seen enjoying the outdoors, getting a workout in, breaking out his dance moves, spending time with family and enjoying all the great food Fresno has to offer.