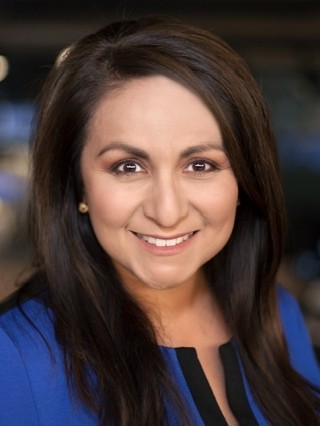 Liz Gonzalez is a reporter and anchor for the KMPH FOX 26 10 O'clock News.

She was raised in the Central Valley and is a proud Sanger High graduate. She later graduated from CSU, Fresno with a degree in Mass Communication and Journalism. Go Bulldogs!

Liz started her broadcasting career while in college, reporting at KFTV-21 Univision. She spent nearly two years at KVIA in El Paso, covering military, immigration and education issues. Liz returned to the Central Valley and worked for three years as the South Valley Bureau Chief at KSEE, focusing on stories in Tulare and Kings Counties. She joined the KMPH Fox 26 News Team in 2006.

Liz reports on a range of issues from uncovering a backlog in processing paychecks for Federal Firefighters during the 2015 wildfire season to the impact of widespread Americans with Disability Act lawsuits on Central Valley businesses. She also loves helping viewers find ways to save money!

She is a member of the National Association of Hispanic Journalists and Investigate Reporters and Editors. She is proud to be bilingual and spends her time talking with students about focusing on their futures. You can find her on any given weekend, cheering on her husband at Half Marathons across the Central Valley. She bleeds Dodger Blue.