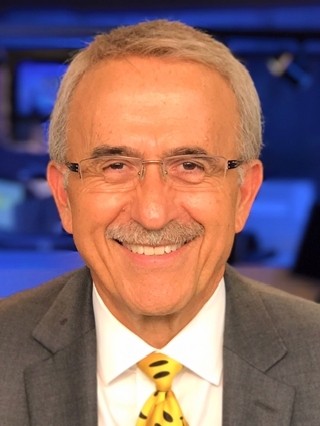 Well, I consulted with the "gods of Mt. Olympus," being that they were smarter and wiser than a three-year-old running around a Greek village in cloth diapers with a runny nose. With the "gods'" help I was able to make a wise choice. So, when my father asked me, "Kopi, wheeerrre you want to go in Aaameeeerrica?" I looked up at him and said, "FRRRREEESNO!"

Soon after we arrived, my brother Pete was born, who now owns Bravo Pizza at Mission and Geneva in San Francisco. He makes a mean garlic/pesto pizza. Check it out!

Before I knew it, it was time to go to school. My first day at Fremont Elementary was interesting. I didn't know a word of English, but I smiled, made friends and learned. I went on to Hamilton Jr. High, where I became Student Body Vice President. I ran on the platform of getting rid of all the gum underneath the desks and a three-day school week! It was a landslide victory. People laughed. I was on to something. At Fresno High I gave up my political ambitions and entered the sports arena. I was the bat boy for the baseball team and then reached the apex of my athletic career and became a Varsity Yell Leader along with Bob Price, Sharon Papoogian and Maggie Mosgrove. After high school, it was time to turn my thoughts to higher education. I spent five semesters in the Fresno City College Coffee Shop and then went on to San Francisco State where I majored in the exciting and glamorous field of broadcasting! Yes, S.F. State, and I do remember those years.

After graduating, I found gainful employment in my chosen profession with KMPH TV 26 in Visalia. That made my immigrant parents very happy. I was hired as a commercial copywriter in October of 1971, the month KMPH began broadcasting. At that time it was not a Fox affiliate. For six years I wrote, produced, shot, edited and performed in commercials and promos, and I had the pleasure of hosting "Dialing for Dollars." I never gave away quite as much as Regis does, but my jackets were more exciting than his.

After six years, my wife Elaine and I decided to pack our bags and move to Hollywood! Yes friends, I became an actor. Well, I've always been an actor, but I wanted to do it professionally. We spent 10 years in L.A. I had the pleasure of working with such stars as Eddie Murphy in "Beverley Hills Cop II." I also worked with David Letterman, Michael Keaton, Mary Tyler Moore, Bill Bixby, Goldie Hawn, Michael Landon, Linda Evans, David Jansen, Stacy Keach, etc. I worked on "The Incredible Hulk," "Three's Company," "Mickey Spillane," "Perfect Strangers," "Highway To Heaven," "Soap," "General Hospital," "Days of Our Lives," "Hardy Boys," "Knightrider," etc.

During those 10 years in Hollywood, two bundles of joy showed up on our doorstep, Anastasia and Vasili, our wonderful children.

It was a great experience, but after ten years, it was time to move on, or as my wife put, "Isn't it time you got a steady job?" We moved back to Fresno, and since 1992, I've been the weatherman for KMPH FOX 26 Ten O'clock News. This great job has given me the opportunity to work with and meet a lot of wonderful people, especially the kids of the San Joaquin Valley.

Let's face it folks, what job can you be wrong about 25 percent of the time... and still get a paycheck!

Start your day with a smile!