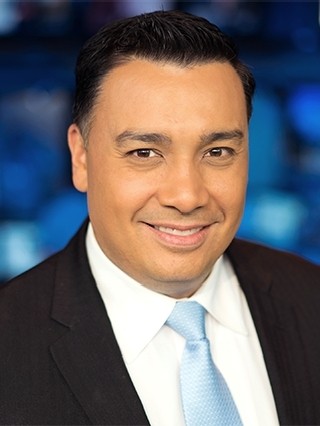 Justin Willis is back home after a few short years away. You may remember his last stint on Great Day reporting news updates and the Emmy-nominated Willis Sports Report. This time around, Justin brings his quirky, dynamic reporting style to the weather desk.

Justin began his broadcasting career as a news photographer with KMPH in 2004. After working his way up to reporter and weekend anchor at KSEE here in Fresno, Justin returned to KMPH in 2013 for a 4-year stint on Great Day. He left in 2017 to give Hollywood a shot. He was barely getting started when he was suddenly diagnosed with a Chiari Malformation. Decompression surgery to correct that took several months to recover. After he was fully healed and ready to get back to work, he was given an opportunity to get back into broadcasting, this time on the network level, going back behind the camera with ABC News in Washington, DC. Then came the call to return home, yet again, to KMPH.

Justin grew up in Fresno. He attended high school for two years at Clovis West and got his diploma from Christian Brothers High School in Sacramento. He attended Fresno City College and earned a bachelor’s degree in cinema at San Francisco State University.

He is a father to two amazing and ambitious daughters with blossoming careers in politics and the arts.

In his spare time, Justin enjoys writing, filmmaking, and photography. Check out his photos on Instagram @justinwillis. You can also find him on TikTok (@thatjustinwillis), YouTube (youtube.com/3generals), and Facebook.