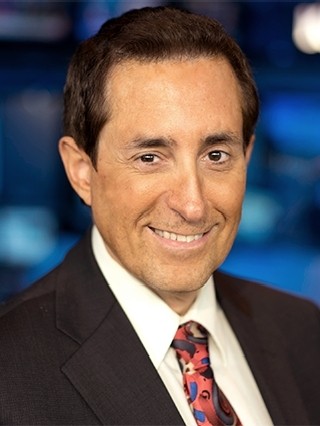 Jim is an award winning journalist and three time winner of the Associated Press Best Newscast Award. He has broadcast live for CNN, been featured in a BBC documentary, and reported from inside the Oregon State Penitentiary, for the execution of Jerry Lee Moore.

As a crime reporter he's covered serial-killers, spree-killers, and maniacs and murderers resulting in his having been threatened and even shot at twice. But he always got the story.

He's chased tornados in Georgia, covered hurricanes in Florida and reported from a myriad of mud slides, floods and wildfires on both the East and West coast.

He once confronted, then Chief Justice of the United States Supreme Court, William Rehnquist when the justice barred broadcast media from covering an event but allowed print reporters.

"Early in my career I had more brass than brains." Jim recounts. "Luckily for me the Chief Justice seemed amused that this skinny kid from Georgia had the temerity to question the most powerful jurist in the country. He even answered my question explaining that our cameras were banned because he didn't like the way he looked on TV. Whew. But I got the story."

Jim began his broadcast career at the age of 16 when a teacher arranged an interview with a local radio station explaining, "Anyone that talks as much as you might as well get paid for it."

He was hired as the "sometimes, fill-in, weekend guy" and went on to become one of the youngest radio station General Manager's in the country. "I wasn't after a management position but I was working three jobs to pay for college and that position allowed me to work only one."

After getting his Bachelor of Science in Political Science and in Journalism Jim turned down a scholarship to law school to take an entry level position in television. "I started in the shipping department, learned to run cameras, became a copy-writer, then a director, production manager and finally a reporter in the news department."

Once in the newsroom he quickly moved up the ranks becoming lead anchor and ultimately the News Director & Anchor (a position he would go on to hold in three other states).

After working for a NBC then an ABC affiliate in Georgia Jim went across the country to be the main anchor at a CBS affiliate in Idaho. "It was there I met my wife," Jim explains. "She was just beginning her career and I helped her become an anchor. Although, if I'm being honest, she didn't need much help. She's a natural communicator and that's the key to being a good anchor."

When his wife left for a job in Oregon, Jim turned down several lucrative offers of his own to follow her. "Ultimately we ended up co-anchoring together for close to ten years."

Jim is a frequent public speaker and a master of ceremonies and says he's always willing to help out a good cause. "Just call or email and if my schedule allows it I would be glad to help out."

In addition to his passion for news Jim is also a prolific author spending much of his down time writing novels. "If I'm not on the air or on a story I'm on the keyboard. I come from a long line of story tellers and I find it impossible not to write."

As a kid Jim says he often got in trouble for talking and asking question and now: "My dad still marvels at how I was able to turn a character flaw into a career."

You can email Jim at jdelavega@kmph.com.