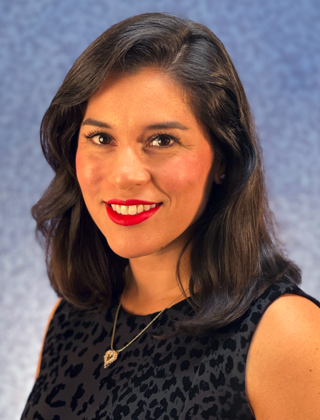 Christina is an Emmy Award-winning journalist and a native of the Central Valley. Born and raised in Visalia, Christina has always been a storyteller. While the stories and audiences have changed, her unique style of discovering the heart of a story has not.

Christina earned her master's degree in Journalism from the University of California at Berkeley in 2012. Shortly after graduation, she accepted a position as a Disney ABC News Fellow in New York City. The year-long program offered Christina a unique tour of duty inside one of the industry's leading news organizations, where she rotated between various programs within the news division. She began as an overnight producer for Good Morning America; wrote 120 news articles as a digital reporter for ABC News Digital -- earning her first Edward R. Murrow award for her coverage of volunteers rebuilding a neighborhood in Far Rockaway in the aftermath of Superstorm Sandy. Her time as a fellow concluded when she produced long-form stories for both 20/20 including the week-long manhunt for the Boston Bomber as well reports for Nightline.

Soon after the fellowship program was through, Christina was offered a full-time position with 20/20 as an Associate Producer. It was a full circle moment for the small-town girl from the San Joaquin Valley because she had grown up watching the veteran news program with her family.

Christina has worked as a reporter, anchor, and producer in both local and network television news. Her journalism career began in San Diego as a production assistant and writer for KUSI-TV as well as a newspaper reporter for The North County Times, now The San Diego Union-Tribune. Her storytelling has been featured on Valley Public Radio (KVPR) 89.1FM, The San Francisco Chronicle, ABC News, and NBC News.

Christina earned her Bachelor of Arts in Broadcast Journalism from Point Loma Nazarene University. When she’s not chasing breaking news, Christina is brewing coffee while chasing her adorable toddler, and spending quality time with her wonderful husband.