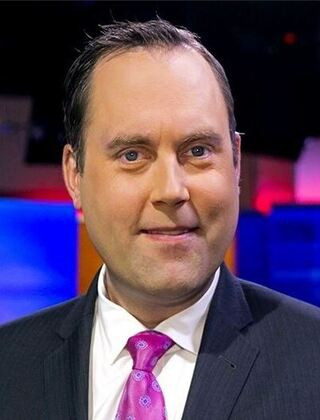 Chris Daniels is an award-winning veteran journalist who is known for asking a hard-hitting question and telling a good story. Daniels joined Sinclair after nearly two decades at KING TV, most recently serving as the station’s Chief Reporter.

Daniels earned a positive reputation for his focus on in-depth, business, and political accountability reporting. He’s also served as a moderator or panelist for major many live political debates, including Washington Governor, Seattle Mayor, and the Seattle City Council. Throughout his career, Daniels has won multiple Emmys and Murrow awards and has been recognized by the Associated Press and National Academy of Television Arts and Sciences as the Best Reporter in the Northwest on several occasions.

He’s traveled the world in pursuit of the story, and has been embedded at two Olympics, including the Sochi games in Russia. Daniels also traveled to the Dominican Republic to tell a tale that is bigger than baseball, and through the wheat fields of Northern Alberta to chronicle the Seattle Kraken’s first foray into the National Hockey League. He’s also covered the Boston Marathon bombings, the Oso Landslide, wildfires, windstorms, riots, and the most recent eruption of Mt. St. Helens.

Daniels attended Washington State University before embarking on a career that has included positions at KING TV in Seattle, FOX 13 in Seattle, WZZM in Grand Rapids, Michigan and KIDK in Idaho Falls, Idaho. Daniels has served on the board of Sports in Schools, an organization helping under-resourced Washington State youth by increasing access and opportunities to sports in their schools, and emceed multiple philanthropic events in the Puget Sound region.

He is based in Seattle.